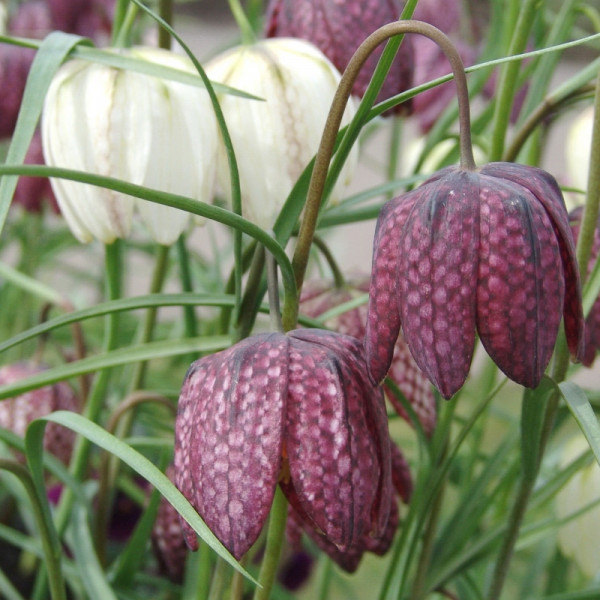 Suitable for pots and planters

Suitable for pots and planters

The “snake’s head” (Fritillaria meleagris) grows a 30 cm tall stem with a beautiful, purple spotted clock-shaped flower that elegantly bows its head down, like a tiny lamp post. The name fritillaria comes from the chequered pattern on the flowers (Lat. Fritillus = dice box). In the Netherlands it is hard to find the “snake’s head” in the wild. You might have a chance to spot it in the east side of the country, around Vechtdal and Zwolle. As a field flower, the “snake’s head” can only be seen in Sweden, especially, at the Kungsängen which is a little south of Upssala.

Fritillaria meleagris ‘Alba’ is the white snake’s head, which used to be researched and bred, but with little success. It blooms in April-May and naturalises on its own. It does not require any special care.

Trusted Shops Reviews Toolkit: 1.1.2
This website usThis website uses cookies. The necessary and statistical cookies do not collect any personal data and help us to make the website work as well as possible. This allows us to improve the functionality and effectiveness of our website. Other cookies, which increase the usability of this website, serve for direct advertising or to simplify interaction with other websites and social networks, will only be used with your permission. See our privacy statement for more information.es cookies to ensure you get the best experience on our website.
Accept